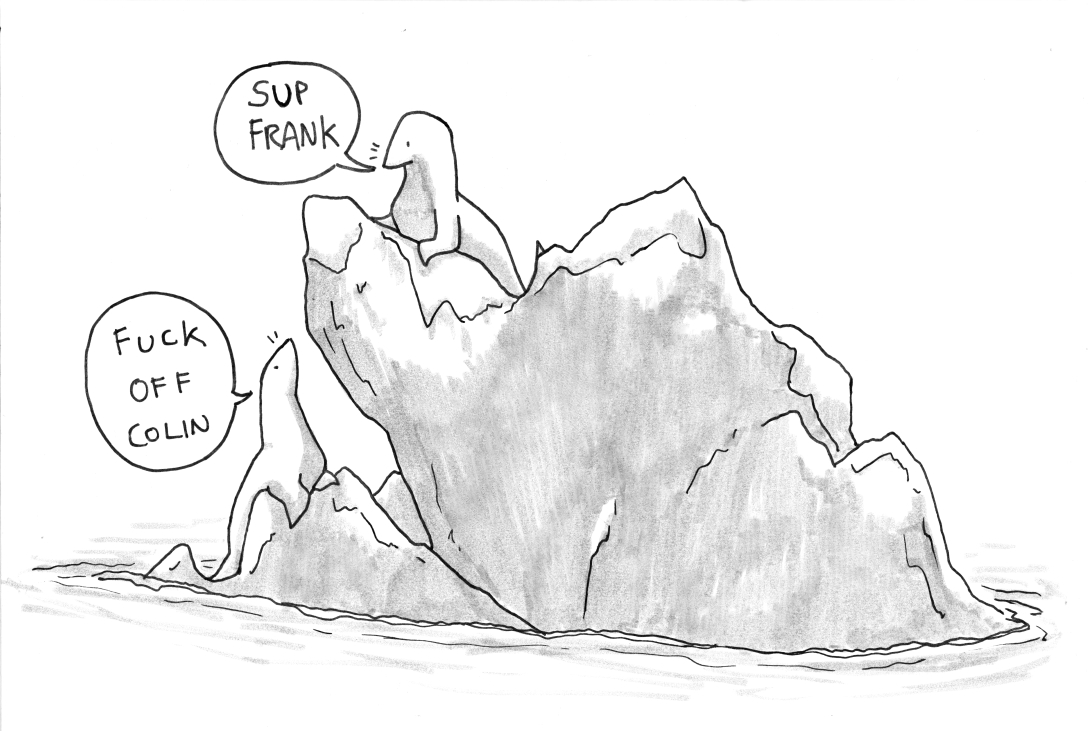 ​Another October, another Inktober, and the Internet is flooded with great pieces of art. Only this year I actually participated – not just in one month-long challenge, but two. In July I also challenged myself to do a month of cat-related drawings as a parallel to Camp NaNoWriMo, then picked up my pens again for Inktober.

There have been several aborted attempts at trying to do month-long drawing challenges in the past, but I’ve always given up after the first week or so. I’m incredibly proud of myself for doing two this year, and wanted to write about the experience I had and the lessons I learnt. ​

1. Your first day always sucks.
​
I don’t know what it is, but something to do with just getting started means your first day always sucks. It sucked for AMoC, it sucked for Inktober. It’s offputting to produce something so terrible as your first piece, and it discourages you from continuing on. You have to just disregard that, and push onwards; you’ll soon find that your next pieces are much better, although there will be occasional pieces that you’re unhappy with throughout the month.

2. It makes the month last forever.

At about the end of the 3rd week I really started feeling the burn for both of these challenges. That’s the time at which you’re exhausted from just churning something out every day (especially if, like me, you tend towards perfectionism) and the end of the month seems to dangle tantatisingly before you. At that point you start saying things like, “I can’t wait for this month to be oooover” and “oh god, someone save me from this”.
​
3. Your plans of amazing ideas tend to go out the window.

When I started Inktober I had this great idea to spend the month copying famous comic book artists so that I could learn the tricks of their styles. I did that… once. It turns out, when you’re tired and remember you still need to do an Inktober piece before you go to sleep, you just kind of bash out whatever you can. It still involved a reference, usually, but it was not as consuming as copying another artist’s style because I just didn’t have the energy for that.

4. Following the Inktober prompts helps with a sense of community.
​
I didn’t follow the Inktober prompts, mostly because I find one-word prompts difficult to respond to – which is something I need to work on. It gave me more freedom over what to draw, but at times I felt a little left out; the Inktober Instagram would always feature the prompt of the day, and many of the other artists I followed did use the prompts in their artwork. The Inktober website does encourage you to use the prompts but doesn’t make it necessary. I don’t feel as if it took away from the experience of it all that much, but it would be nice next year to follow the prompts and feel more connected to other Inktober artists.

My first day of Inktober, I tried an ink wash, and botched it completely. (You can see that in the Frankenstein picture up above.) I didn’t try again. In fact, I didn’t try too many wildly new techniques, although there were many small new things I did try. The reason for not going completely wild was this: when you have such a limited time to produce a piece, you simply can’t afford to risk screwing it up and need to redo it.

For example, an artist I followed during Inktober made her pieces pop using an Ecoline watercolour brush pen* to highlight the ink drawing. I was tempted to try it, but knew that bounding into an entirely new technique (I’ve never really tried watercolours) was a terrible idea for Inktober.

That being said? I did purchase and try new pens during Inktober, ones that I could still use in techniques I was familiar with but would add a little extra pizzazz. A shiny gold pen*, some new shades of Pitt Artist Pens*, and the like. I also had the chance to try doing loose backgrounds using shades of grey around a figure, which I ended up liking a lot.
​
I practised some techniques I already had, and added new elements to them, and ended up learning a lot through the month.

​All in all? I had a good time. It was tiring, and I do need to take a rest before launching into another month-long challenge anytime soon. (I know an artist who’s immediately jumped into something called Huevember, whilst simultaneously doing NaNoWriMo. I stand in awe.)

For now, I get to sit back and watch my partner suffer through NaNoWriMo this month. Excellent.
​
My Month of Cats pieces can be seen on my portfolio, and my Inktober pieces will soon join them there.

Julian is a UK-based freelance illustrator and comic book artist operating under the handle “Julian Gray Art”. He is disabled (CFS/ME), gay, trans, and mixed race, and writes about art, social justice, and queer issues. /// Find his website at www.juliangrayart.com. / Follow him on Twitter or Instagram @juliangrayart; or Facebook under Julian Gray Art. View all posts by juliangraywrites